A basic axiom in the ancient wisdom of the native American community states that any laws or ordinances passed by their governing councils must meet what they call the Seventh Generation Test, meaning that the impact of any new regulation should not harm people who will live long years in the future – a deeply enlightened and spiritual insight that provides a valuable perspective on the global warming crisis.

In his encyclical Laudato Si, Pope Francis makes the same argument: “We are not God. The earth was here before us and it is our common home which has been given to us”. He reminds us that we are just custodians, morally obliged to pass on a functioning planet.

From this perspective the treatment of the environment in particular by the huge oil and fuel industries, especially in the last half-century, has been ruinous for the world’s oceans and rivers and thus profoundly at variance with any positive ethical standard. The thoughtful people demanding that economic growth should be balanced with ecological husbandry were shunted aside in favor of corporate profits.

During the First Industrial Revolution in the 19th century the poet William Wordsworth bemoaned the damage to natural beauty caused by mass industrialization in memorable words that still resonate today: “Getting and spending we lay waste too much — we have given our hearts away – a sordid boon.”

Who is advocating for the common good while our climate is warming at an alarming rate? Who is making the case for bequeathing a healthy and safe environment for future unborn children – to the seventh generation? In truth there are leaders, headed by Pope Francis, who are seriously addressing the problem, but it is disconcerting that only seven of the 195 countries who signed the modest Paris Accord are close to meeting their goals.

Our situation is dire. Scientists tell us that the oceans and temperatures are heating faster than was anticipated a mere decade ago, leading inevitably to crop failures, freshwater shortages and violent and unpredictable weather.

The crisis is already abundantly evident. Just consider the scourge of wildfires in California. In 2017 two thousand square miles were burned in some of the worst fires ever recorded. This damage was matched in 2018 where a giant network known as the Mendocino Complex, a horrendous blaze that grew to cover an area bigger than New York, destroyed almost half a million acres of land.

Every year wildfires in the United States burn an area twice larger than they did fifty years ago, and that figure is conservatively estimated to reach 20 million acres per year by 2050. Burning forests release vast amounts of carbon; one major fire in California can eliminate the environmental value of the commendable local policies that significantly reduce emissions.

And that is just California. Similar disastrous happenings in places like Greenland and Sweden do huge damage in the Arctic Circle where soot and ash from these fires blacken the ice sheets which then absorb more solar heat and melt faster.

A hundred thousand fires burned across the Amazon last year. Brazilian President Jair Bolsonaro’s reckless policies of opening the massive forests there to “development” is estimated to add a similar amount of carbon to the atmosphere as the combined annual emissions of the two biggest polluting nations, China and the United States.

Vast areas of polluted ocean brought about mainly by warming seas and sewage pollution and identified by a cover of green soup-like bacteria have caused what are appropriately called dead zones. There are more than 400 of these ugly stagnant areas stretching from the Baltic Sea to the Gulf of Mexico to the Gulf of Oman. Taken together these expanding dead ocean areas at present amount to the size of the European continent.

By 2050 the United Nations estimates that climate change will result in mass migration of up to one billion people moving from hunger and desolation for a chance of some kind of livelihood. The few million migrants of recent years that caused such political unrest in Western countries will be seen as a drop in the bucket by comparison with the massive surges of destitute and homeless refugees trying to find a place to live.

Ironically, the poor who did least to cause this crisis suffer the most. Millions of small farmers driven from their land burned by the sun or overwhelmed by tidal waves will be forced to leave their humble lifestyle and move to higher and less arid ground. They didn’t burn much of the coal and gas and oil that caused most of the damaging pollution, but their lives are far more likely to be disrupted than the people who did. Already, half of the children in Delhi suffer from lung damage from breathing the air.

Amazingly, President Trump says we don’t have a problem. For him, climate change is just a hoax. All the scientific evidence is disregarded. Talk about Nero playing the violin while Rome burns! It is hard to imagine a more immature and dangerous response to a pending catastrophe.

The Intergovernmental Panel on Climate Change (IPCC) predicts that if emissions continue at the present rate, by 2100 the earth will be largely uninhabitable. Young people realize that they will be the generation saddled with an ecological disaster and they have started to organize and make demands. Green parties are growing all over Europe and some of the candidates for the Democratic nomination are offering serious radical proposals costing in trillions.

The 2020 American Presidential election will provide a clear choice between the current leader in the White House who identifies the environmental crisis as liberal bunkum and a Democratic opponent declaring that global warming is our most compelling and immediate problem.

The United Nations secretary general, Antonio Guterres, believes that we only have a year to implement policies that could move the world away from dependence on fossil fuels. The IPCC contends that global mobilization on the scale of the Second World War is urgently called for.

Up to now, talk of a Green New Deal is associated with extreme political factions and activist groups outside the American mainstream. That will surely change and those whose views on global warming are deemed extreme now will be seen as moderate before we vote in November next year.

Only a moral crusade, anchored in a new respect for Mother Nature, that calls on people everywhere to rally around saving the environment as a first priority, can move the international community to adopting radical new conservation policies. That is a massive challenge and it won’t happen without credible American leadership. 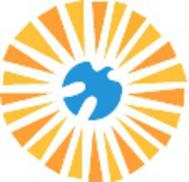